The operation of the 3 tubular horizontal semi-closed PBRs has been modified and during this period the PBRs have been connected in series, instead of in parallel. This way, the process undergoes different phases or stages in order to, not only treat the wastewater and produce biomass, but also to promote the growth of cyanobacteria and the accumulation of PHA. The growth of cyanobacteria over green microalgae is promoted in the first PBR. A feast and famine strategy is applied in the second one by adding a carbon source only during some period of the day. And no carbon limitation in the third one is aimed at increasing PHA accumulation. The overall Hydraulic Retention Time is 15 days, 5 days in each PBR.

After a few weeks of implementing this operation mode, the first PBR started to shift to a blue green coloured biomass (Fig. 1), and the presence of cyanobacteria was confirmed by microscopy observation. The culture was dominated by wastewater-born cyanobacteria, mainly Synechococcus. Regarding the accumulation of PHA, a trend with increasing amount of PHA in the biomass was observed. However, the PHA concentration reached in this period was lower than 2% (as percentage of volatile suspended solids). At the same time, high concentration of carbohydrates has been observed (more than 50% of the volatile suspended solids). An increase in the PHA accumulation will be pursued by optimizing the feast and famine strategy and the addition of the external carbon source. 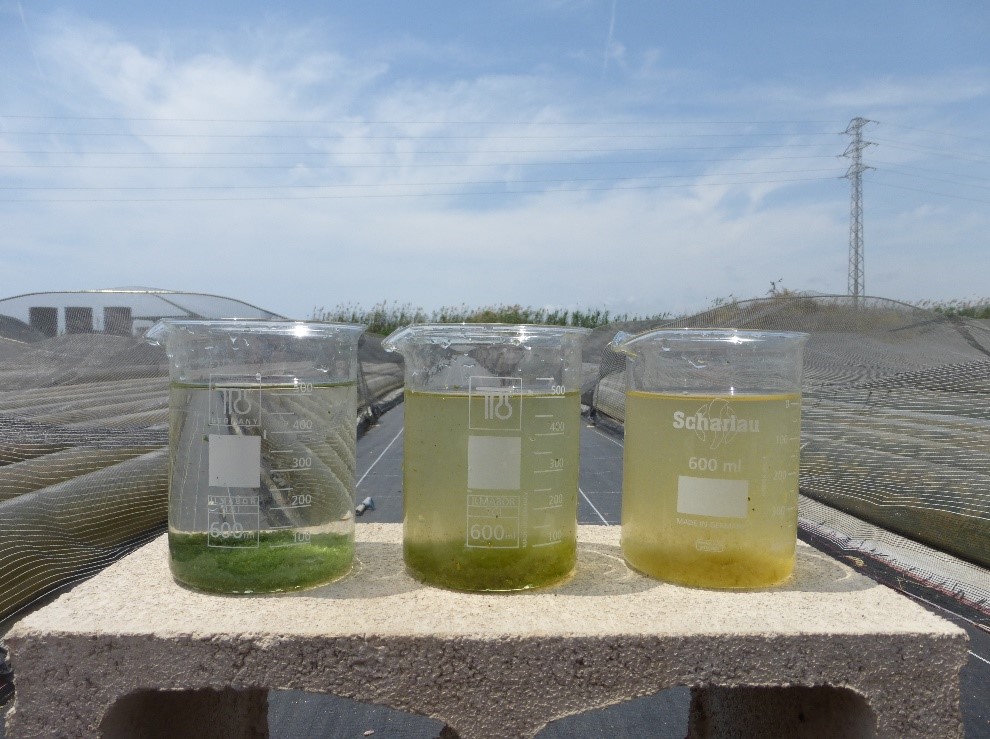 The cyanobacterial biomass showed excellent settling properties. In addition, the biomass handling has been modified, reducing the mixing intensity of the biomass during storage prior to settling. These gave rise to a reduction of the coagulant dose (using about 25% of the original dose), while maintaining a very low turbidity in the effluent water (< 5 NTU).

The anaerobic digestion of biomass with thermal pretreatment, has been fed only with microalgae during this period. The specific production of biogas (methane yield) resulted 66% higher than that in previous lab experiments without pretreatment. The upgrading of biogas was carried out in a pilot bubble absorption column connected to a hybrid tubular photobioreactor. The influence of the liquid to biogas ratio (L/G) and alkalinity on biomethane quality was evaluated. With a L/G ratio of 0.5, the maximum concentration of CH4 in biomethane was 88.0% in the absence of carbonate solution, and 93.3% with carbonate solution (2.0 L d-1). The results obtained confirmed the key role of alkalinity on the biomethane quality. 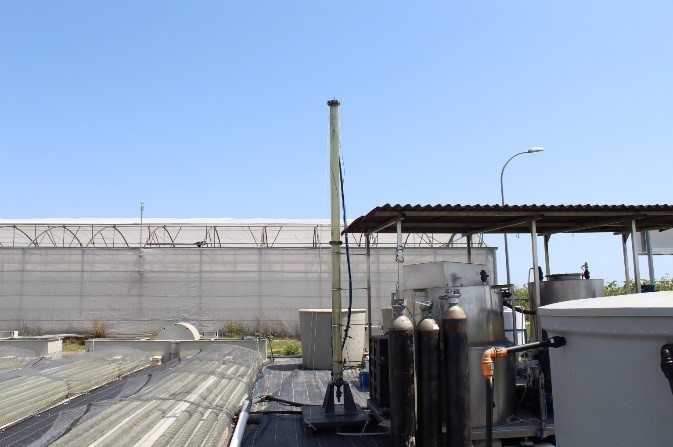 The constructed wetland has been fed with 20-30 L/d of digestate from the anaerobic digester between May and December 2018. The distribution and the growth of plants continued without any maintenance during all the period. The sludge obtained a dry matter of 17 g/TS/l and 8 g/VS/l and the total amount of sludge including the dry matter has been 5835L until the 20th of December. Samples of the sludge layer have been collected in order to assess its characteristics (content analysis and growth tests in lab). 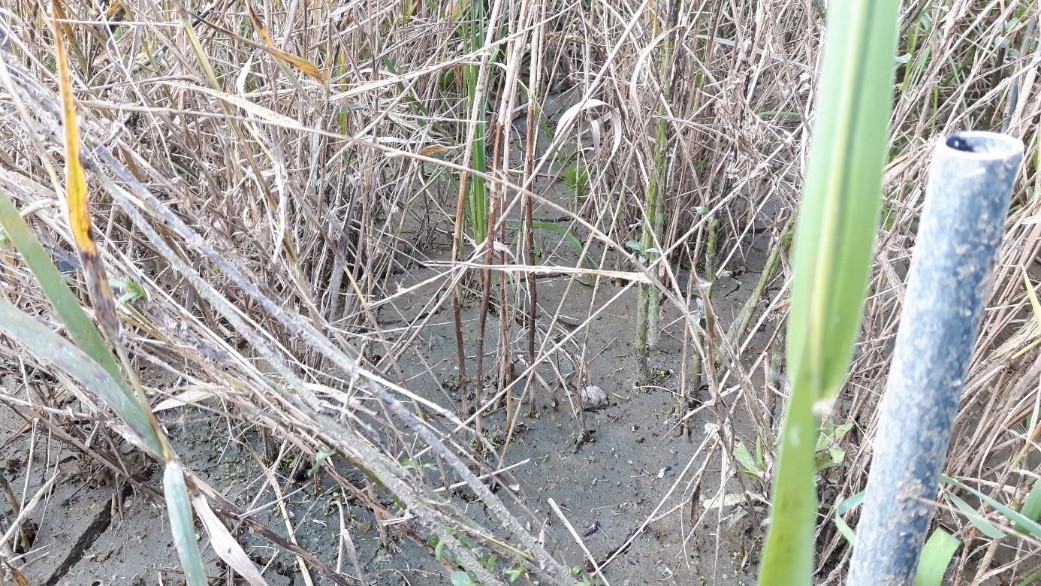 The wastewater post-treatments: solar-driven filtration-disinfection system and nutrients recovery columns, have been working under stable operation. The final effluent water was reused for smart irrigation of the sunflowers field. The influent concentration of solids, organic matter and nutrients have been low, due to the previous treatments. Therefore, in the next period it is planned to feed the post-treatments with raw agricultural wastewater and to dose extra N and P.