FINT’s smart irrigation system developed and deployed within INCOVER was presented and discussed during the project’s final meeting in Almeria, 9-10 July. The sub-surface drip irrigation system is controlled by FINT’s irrigation controller, a hardware unit that controls up to four irrigation zones.  FINoT scheduler, a software module, programmes how often watering cycles occur and for how long for each zone.

More precisely, the Smart Irrigation system consists of a Cloud software module embedded in the locally deployed FINoT Gateway, an IoT node (FINoT) that networks an air and soil sensor on the local area network and the sensors. Moreover, the irrigation controller handles the static or dynamic watering schemes based on criteria inserted by the infrastructure operator.

Irrigation is realized either on a fix / calendar-based interval or on an automated mode that enables the system to understand on its own when to irrigate next and how much.

The system is operational from June 2018 and applied more than 900 m3 of INCOVER powered retreated water up to mid-July 2019. Especially for the most irrigation demanding period of mid-June up to mid-July, accomplished water savings could equal to 20 m3 after selecting the real-time weather-dependent smart scheduling strategy offered by the system. For the next irrigation period, it is estimated that approximately more than 150 m3 could be saved.

The transformation of El Toyo, Almeria field from a dessert area (October 2017)
to an energy and water-efficient irrigated landscape field (July 2019). 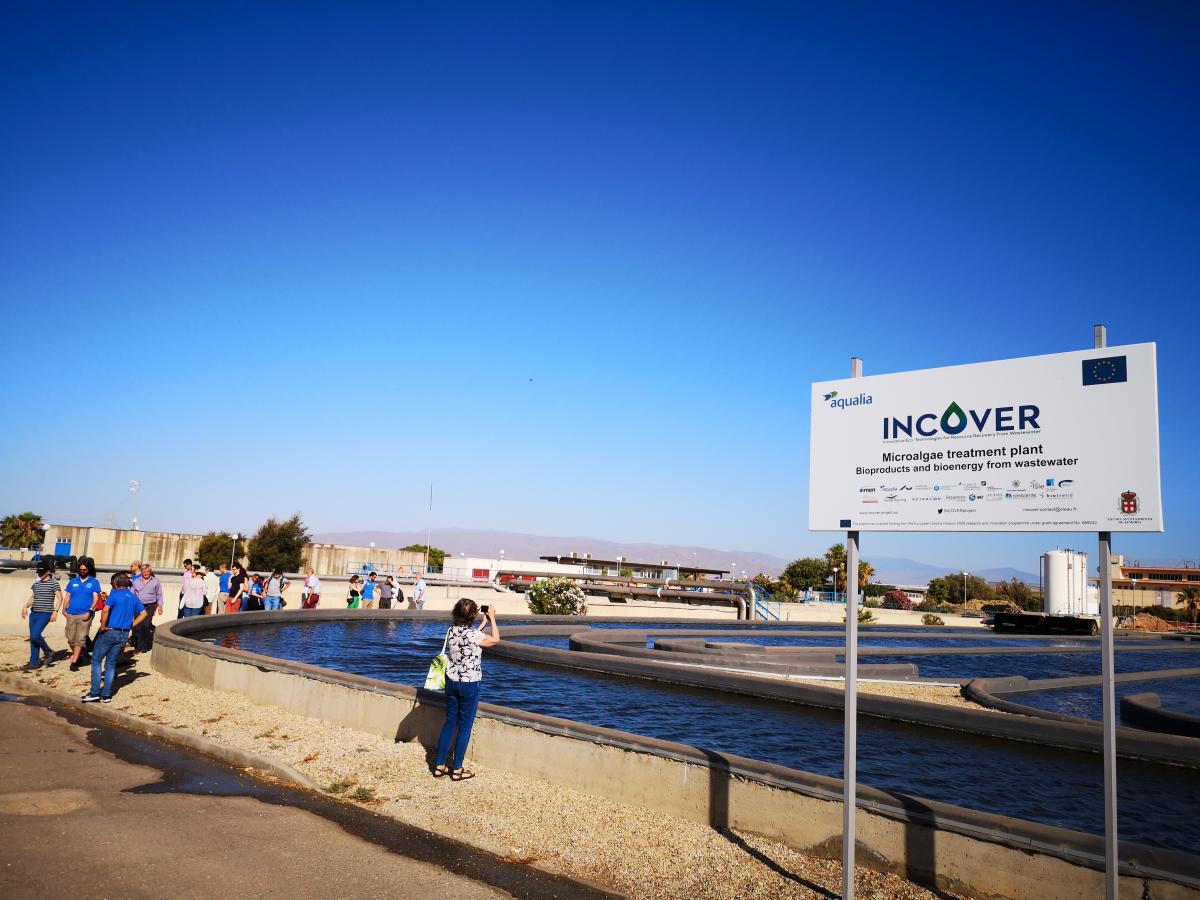